Endurance athlete Bree Lambert is the definition of a jack of all trades. Bree is a personal trainer, running coach, nutritionist, and ultra runner on top of being a wife, mother, and competitive athlete. With a collection of impressive wins under her belt that she achieved throughout the years and the 2016 title of USA Track and Field Female Masters Mountain Ultrarunner of the Year (Pacific Division), as well as earning the USATF Female Masters National 50km Trail Champion title the same year, it is safe to say Bree is a force to be reckoned with.

Two of the brands that Bree represents are Vespa and UltrAspire. Vespa has been a vanguard in the “Fat for Fuel” movement in athletic performance long before fat-adaption became trendy. Vespa’s fat-adapted focus and winning pedigree spans over 15 years and includes Olympic gold in events ranging from men’s figure skating, hockey, and today’s ultra-endurance athletes who are shattering records at the outer edges of human performance. Vespa’s Peter Defty began pioneering the concept of “Fat is your Fuel” over 17 years ago and, subsequently, introduced Vespa to the ultrarunning market. UltrAspire is a high-performance, innovative outdoor gear company for adventurers. Bryce Thatcher, owner of UltrAspire is known in the industry as the “Father of Hydration” for inventing the first ever hydration pack over 35 years ago and continues to innovate the outdoor adventure and athletic world with his ground breaking designs.

“One great thing about ultrarunning is the culture. As a community we help each other to succeed. Bryce Thatcher of UltrAspire and Peter Defty of Vespa exemplify this culture. Two ultrarunners who pioneered their respective fields of Hydration and Fat Adaption both of whom continue to develop and innovate. As a competitive ultra-runner I personally use their products to achieve my best.” Bree said. Bree is currently training for the Miwok 100 on May 5th and the Tahoe Rim Trail 100 on July 21st. “I will be fueling with Vespa and wearing UltrAspire vests and handhelds.”

Vespa and UltrAspire have united behind Bree Lambert to expand the awareness of both their fields. They will be doing a large social media giveaway in the very near future amongst many other tactics to raise brand awareness.

UltrAspire is a high-performance, innovative outdoor gear company. From competitive endurance sports to the casual adventurer, UltrAspire keeps to a very important code which is to create an inspired outdoor experience. Gear up with UltrAspire and experience the difference at www.ultraspire.com

Peter Defty of Vespa began pioneering the concept of “fat is your fuel” over 17 years ago and, subsequently, introduced Vespa to the ultrarunning market after successfully using Vespa to run a sub-24 hour at the 2006 Western States 100 mile endurance run. To learn how to explore your innermost potential, visit Vespapower.com 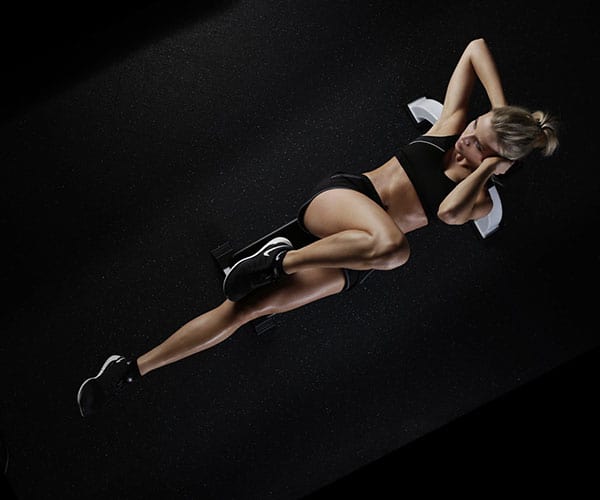