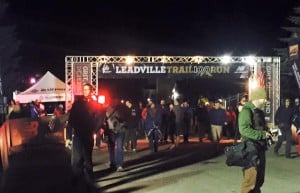 The last 100 mile race I ran was Western States 2013. I had decided to take last year off from running a 100 to refresh and focus on 100k, 50 mile distance races. As I prepared for Leadville I knew the altitude could be a big factor in my performance. I also took into consideration the course and what I had heard about it from Roch Horton. Roch is a veteran ultrarunner with years of 100 mile experience under his belt. He’s completed Hardrock several times as well as supported many ultrarunning greats in their own 100 mile endeavors over the years. What Roch emphasized to me was to conserve energy during the early miles of the race as they are more runnable (both paved roads and single track) then build my effort after passing over Hope the second time at mile 60. With this in mind I set out to achieve my first attempt at the infamously brutal but Classic Leadville-Race Across the Sky. 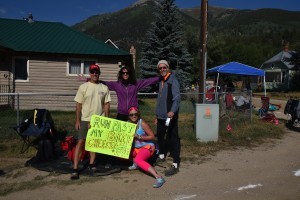 I brought my amazing crew: Team LiveWell: Dan Burke, Deb Shinbein, Paul King and Lauren Swigart. Not to brag but these folks are bright and accomplished business professionals. Dan Burke, Managing Director of a Wireless Infrastructure Tower Company; Deb Shinbein ,Partner- Data Law Group; Paul King, President of King Wealth Planning and Lauren Swigart, Inside Sales Rep for Sole Socks. I was very confident in their ability to see to my every need. So much so, that from the time we landed in Denver to the morning of the race, we had already revised the crew plan at least 5 times. At the pre race briefing the day before we all sat and listened as Race Founder Ken Chlouber emphasized over and over again how difficult this race would be.

Let the Race Begin- 4am. Run Fast My Bree Cheese! 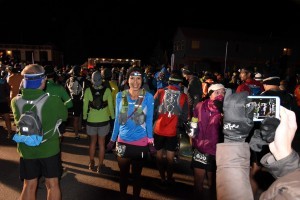 Once I got properly miked by Dan whose Ipod shuffle would be streaming a selection of modern music from (The Smiths, REM, U2, Train, The Fray) to name a few. I was ready roll. Despite having never been on the course before much less set my eyes on Hope Pass, I still anticipated finishing in well under 24 hours.

Well that was my first mistake…I should have just settled to run a good race. The time shouldn’t have mattered. I had no idea what was in store for me. Once the race began I found myself running down a paved road along with nearly 700 runners. Imagine that! A stream of bodies all running in the same direction with headlamps attached to our faces. The goal to get up and over Hope Pass (12,650ft.) to mile 50 and then turn around and head back to the finish line. Yahoo! Now that’s some fun.. My decision to run with music was to set the mood for a positive race. I could hear the lyrics of my favorite songs, sing along and keep on rolling. Let me tell you friends, it sounds like a good idea but that was a mistake. The music was sooo good, I rolled along at a pace for the first 25 miles that as my older brother Pete put it , “Bree Wee you turned on the nitros oxide to soon”! So there I am feeling good just cruising along toward Hope Pass, I see my crew at the designated check points leading up to the Pass all is going well. I’m in and out, take what I need and then BAM! I hit the climb. 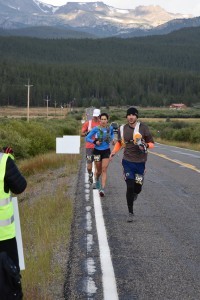 Now everything to this point had been going pretty smoothly. I wasn’t deprived of calories, no cramping, legs felt solid, heart rate in check, making friends along the way. All good… But then without realizing it, something happened. When I reached the top of Hope Pass I felt light. Well duh, because the air is light and your brain is being deprived of oxygen. I didn’t feel sick but I did need to pee. So I asked a volunteer where the least obvious place to do this would be. She pointed to the backside of the aid station tent. So I handed her my cup of soup, walked around the tent, was about to pull my shorts down and heard a sneeze. I looked up and there standing before me was a lovely herd of Llamas. They were wearing little packs on their backs. I guess you need several Llamas to help carry supplies up this mountain. 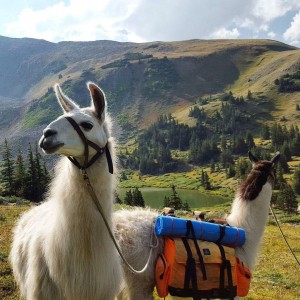 I said hello to them, proceeded to relieve myself and then carried on down the Pass toward Winfield. I had several…Oh s#%t moments as I made my way down the technical trail littered with shingled loose rock. This was somewhat reminiscent of my Gorge Waterfalls 100k race back in March. I kept thinking light on the feet, just float down the mountain. Easier said than done. By the time I made it to Winfield, I had no idea where I was in terms of place. I was later informed by Paul that I was holding a top 5 spot. Not bad for a flatlander. Well I celebrated to soon. Let me just add a few things you need to remember when you take on a 100 mile distance race or greater. Remember that the race will end. Eventually! It won’t last. You will either be DQ’d because you don’t meet a cutoff or you will simply finish and live to see another race and day. For me, I always go into these races with the mindset ” I will live to see another day.”Landscape Photo I think of it as when I gave birth to my daughter Summer. It hurt like hell, 28 hours of Labor (all natural), but when she was delivered there was this sense of accomplishment , beauty and relief. Having good crew/pacers to cheer you along and care for whatever you need makes it all bearable. So with this in mind, I made it to Winfield (mile 50). Here’s where I picked up Dan and we proceeded to head back up and over the hellacious mountain I just came off only a few moments before. It all seemed so familiar. Bree and Dan- Hi-De-HoBrief note about Dan; he’s a badass and very familiar with the 100 mile distance. I consider him to be the kind of guy who in the event of a zombie apocalypse would go head on with a cluster of zombies , slicing and dicing to get us to safety. What I remember most about the climb back up Hope Pass is the drill sergeant of a pacer behind me with his leather sandals and rasta beanie, literally barking at his runner the entire way to the top. When the runner arrived at the aid station. She patted me on the back, apologized for her enthusiastic help and spoke of her intention to drop once she returned to Twin Lakes. That was the last I saw of her. Dan and I negotiated our way down the mountain, thru the river crossings ( a shoe change is a good idea at this time ) at Twin Lakes. My feet managed to stay almost entirely blister free, except for a small one that formed between my two little toes on the right foot. Thankfully this didn’t pose a problem the entire race. At mile 60 I picked up Paul and learned my position was still top 5. I had a 1/2 of an avocado on bread, my pack filled with Vitargo, fresh shoes/socks and shirt. I was ready to get it done. Only 40 miles to the finish. Still had my sub 24 hour goal in sight. 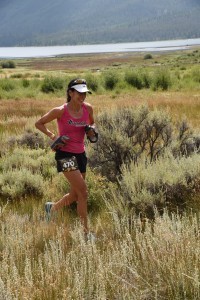 The race changed about 65-70 miles. When you stop to stretch at a tree , don’t assume your pacer is going to notice ribbons off to the left indicating a turn. Particularly if they’ve not been on the course till that moment. Neither of us saw the tree off to the left indicating a turn. We just kept running straight ahead and then eventually began descending back towards Twin Lakes. Paul commented on how gorgeous the Aspens looked. I agreed but also noted that the trail didn’t seem familiar. I know from my experience that ribbons aren’t always placed close to eachother. You have to trust your sense of direction. But with my fuzzy brain (runner’s brain I call it) I thought perhaps I didn’t notice the grove of trees on the way to the turnaround. It was when we came upon two other runners stopped in the middle of the trail flagging us to turn around that I realized we were off course. Sadness! You don’t want to run additional miles when you plan for 100. The thought of quitting never entered my mind but I was mildly frustrated. Paul took off back in the opposite direction to somehow get us back on course. Perhaps if he had a tow rope I could have tethered myself to him and he could have sped me back UP the trail. But nope, I just walked. I couldn’t get my legs to turn over. I felt heavy. Part of me thinks the work to get to that point contributed to my dead legs. To fast…to soon. Another part of me thinks mentally I blew a small fuse. But no matter what…I was determined to keep going.Water crossing

One of those light bulb moments…I have a very close family. We are people of faith. The kind of faith where you ask for prayers in time of need or when you know you will be out running for a long time in the mountains. It’s awesome because I know when they start the prayer chain, I wait to get a second wind. I have to admit my second wind didn’t come, but what did happen is I was able to just accept the outcome of my race. PEACE. I remember getting to Dan at mile 75 and thinking I’m shooting for sub 25 now, but what will be will be. 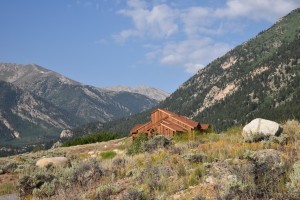 Another lesson…in life we don’t always know the outcome of our choices. We just have to make the best of our circumstance. Embrace the outcome and rejoice when we get to the finish line. N0 matter the path we traveled to get there.

The remaining 75-100 miles was a mix of high and low points for me. Dan and I both had headlamp failure. Of course, I didn’t have a backup on my person, nor did Dan. (Note to self for next time). It wasn’t until later that Dan disclosed Deb had offered a spare light that belonged to her 11 year old son. It had a dragon face on it with two eyes where the lights shone thru. He proudly gave that to me and I wore it right to the near finish of the race. During the last 8 miles we struggled to maintain stride as the trail didn’t appear as clearly marked. Glow sticks and ribbons became difficult to see and the last few miles were spent asking random people if we were heading in the right direction. 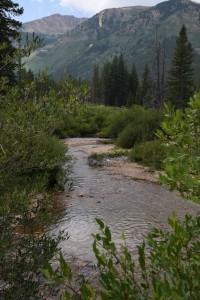 Another lesson…know your course! In hindsight, I should have taken some time out BEFORE the race to familiarize myself with the course. But when you are a mom, business woman and athlete juggling all the responsibilities of life, it can be difficult to take time off. Running to me is a true privilege.

When I crossed the finish line in just over 26 hours from the time the race began, my mind drifted back to what Ken Chlouber had said the day before “Dig Deep and Don’t Quit!” 100 mile races teach you so much about yourself. They teach you perseverance, mental toughness, and endurance. You discover things about your character that perhaps you never knew existed or that you forgot were a part of what make you …YOU! Most importantly, they teach you to overcome obstacles when it gets REALLY hard and you want to give up.

That’s the Grit…that’s the Guts… and that’s Determination! 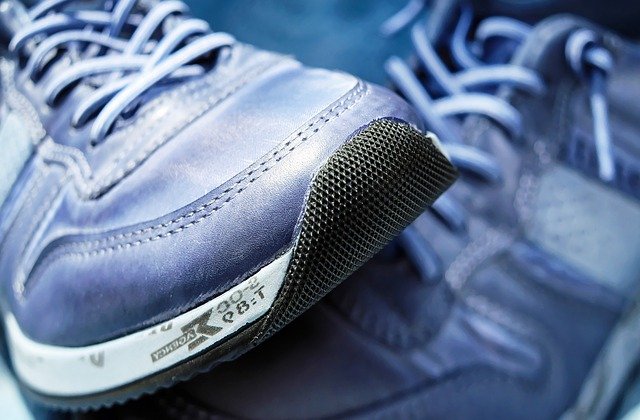 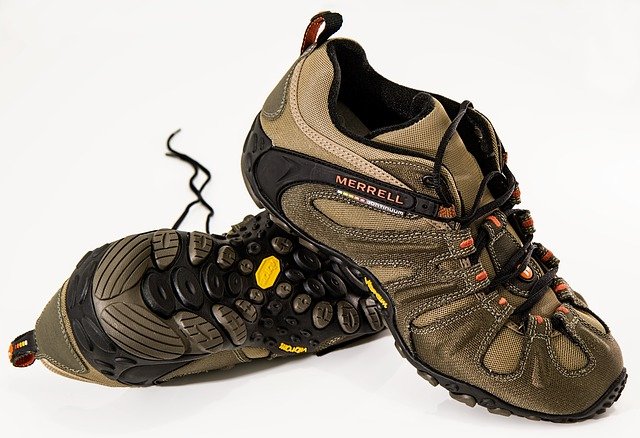 Getting Back to Running After Taking Time Off 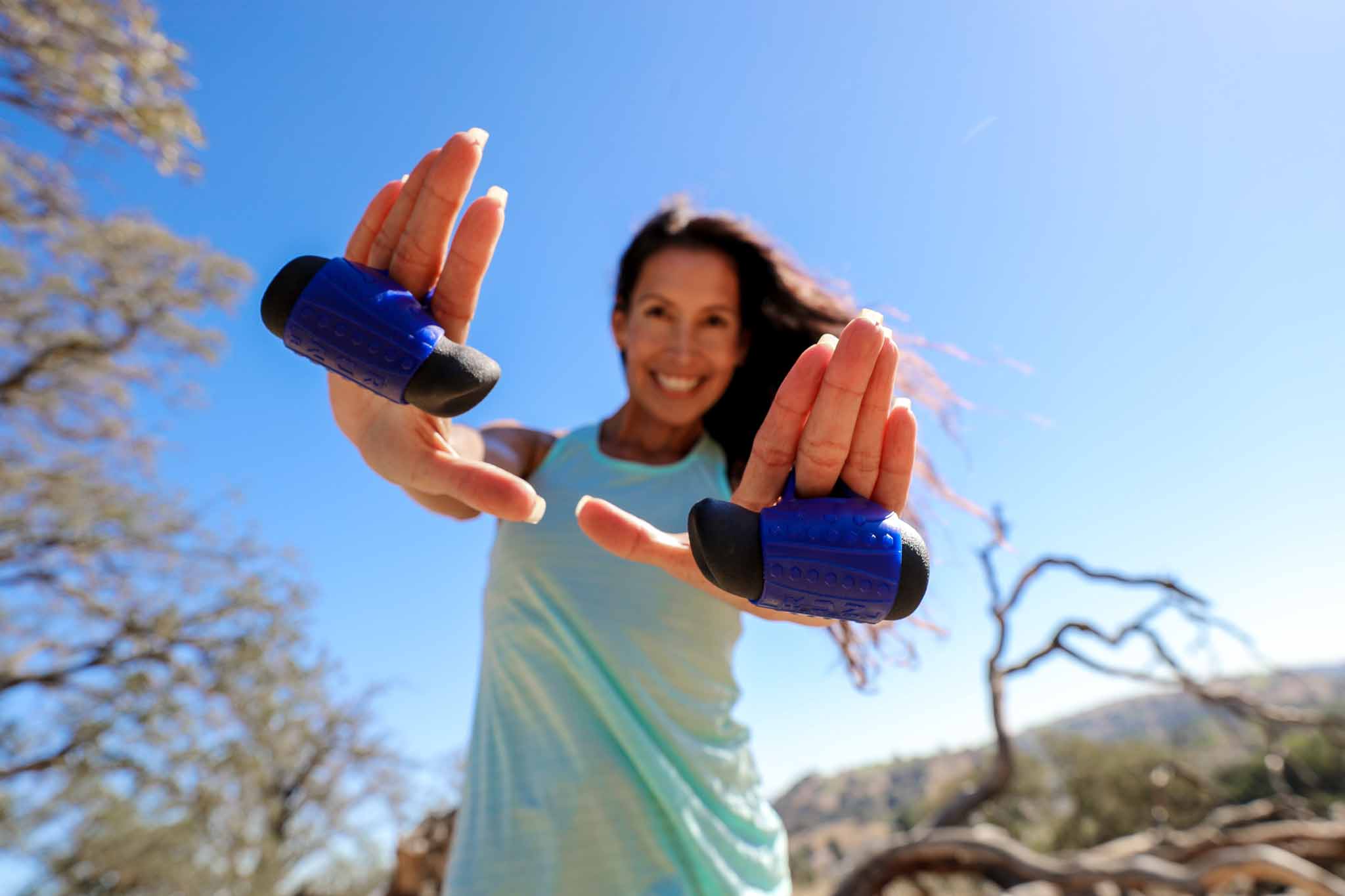