“I have to be done running by 7:20am to take the kids to school or before 8pm to take the girls to gymnastics,” said Iain as I discussed the details of his weekly training plan in preparation for Rio Del Lago 100.

Iain was training for his second 100 mile finish and Western States qualifying event. The father of three is committed to his family, his church and his work. Married to Juliet, the woman he refers to as “his bride and love of his life” of 16 years offered her full support as he trained early in the morning and in the evening to get his weekly miles in, never compromising his responsibilities.

I had the pleasure of coaching Iain and not only did he meet the qualifying time with a finish of 21:36:53, he earned another opportunity to put his ticket in the lottery  for a spot at next years Western States Endurance Run. I am really proud of Iain’s hard work to earn that spot. Here is a guy who spent several months traveling for work while juggling the duties of being a dad to three active children and supportive husband.  When asked what the most difficult part of the training was for him, he replied, “Getting in the volume with all the travel and work obligations. But my handy dandy coach is a master on that front. I loved the challenge of seven consecutive days during the peak week.”

Not once did Iain shy away from the challenge of putting in the quality runs to prepare himself for RDL. His focus was to earn a qualifier for Western States 2018. As most folks know who run 100’s , the distance is daunting. In order to finish you have to be committed to the process and dedicate the time. Iain did that and it was no surprise that he exceeded my expectations with a victorious finish.

Here are some of Iain’s notable moments during RDL

I went into the race somewhat confident – Bree had pushed me harder than before with 800 miles in the four months leading up to the race. This included an unprecedented seven consecutive day streak (including a double in the middle) and a peak of 105 miles in ten days. I was fortunate in that my work pressure had calmed down recently; I was therefore able to enter the race with a relatively clear mind. Bob, my crew member, helped me set three alarms for Saturday morning so, for once, I didn’t have a sleepless night worrying about whether I’d wake up in time. Race day started at 3:30 after those alarms conspired to scream in the new day. The mandatory body lubing and dressing began; we joined the others emerging from our hotel in the wee hours.

The joy of ultra races is that, even in cases where you have large group of entrants (this time 420), the logistics at the start are pretty easy and low key. Bob sheltered me in his warm jacket as I listen to the race announcements and took in the motley crew of ultra runners from across the country and multiple countries.

By the time I hit Rattlesnake Bar station at 35.5 miles, the legs were beginning to take some strain. Much to my alarm, Bob was not at the aid station and I had been imagining the relief of a shoe and sock change with much relish. We had no signal there to call him. I hung around for 5 minutes (sipping broth) and was about to leave when I saw him walking down the hill. I ran over and asked him to live up to his reputation as the best tootsie rubber in the world as he applied Bag Balm to my feet and replaced my Injinji socks and shoes; I also replaced my shirt and bandana. The climb out of Rattlesnake is nasty but then the trail is relatively easy. I continued to breathe in the stunning landscape while listening to Dan Carlin’s “Hardcore History” on Julius Caesar and “The Celtic Holocaust”. I was in a good groove as we hid Cardiac aid station at mile 41 (hot cheese quesadillas can do that to you!). The walk up the steep hill was actually a relief and allowed me to connect with some runners – one of the best parts of ultra running.

Iain at No Hands Bridge

The trip to Overlook aid station reinforced something we had been sensing – too many flags were missing. It looked like someone had been removing them and we slowed down several times as we debated options with a tentative prod on either to see which route was right. Nonetheless, Overlook was the station I was looking forward to as I was to take on my night gear (this was the last crewed aid station for 30 miles). As Julius Caesar figured out how to subdue those rebellious Gauls and Celts, I got to experience some of the names I had heard from Western States – No Hands Bridge, Highway 49, Auburn Lakes Trail, etc. The fun began as we climbed out of No Hands at 48.5 miles – the rain had stopped but the trail was now a full mud bath. We slipped and scraped our way up on the way to the steep Goat Hill part of the course; I took a tumble and ended up mud covered on one side.
The climb back up to Overlook (mile 74.5) was smooth and surprisingly not too muddy. I returned to Bob’s super tootsie massage and new shirt but was quite shaky as I emerged (probably due to spending too long there). Nonetheless, the 3.5m descent to Cardiac felt too good – perhaps it was the tarred road or sharp decline. I was worried that I had blown it by doing that too fast.
Fortunately, I had not. I felt strong getting to Rattlesnake again at 83.5 miles and it was smooth. After my final refill and connection with Bob, I headed back out and was fine with the 3 miles to Horseshoe. However, after that, I was soon caught in the Meat Grinder; this is where I hit my lowest. I found the slick, rocky, technical trails too much to run through and walked for ages. My watch lost power and I was really low (I was now listening to Trail Runner Nation talking about how to crew three 200 mile races). The lack of markers was playing on me too – I did get lost and had to backtrack. At about mile 92, just as the Meat Grinder was ending, my knight in shining armor emerged – a Brit called Pete, who now lives in Boulder, Colorado. I followed him and we soon egged each other on. This helped immensely with the seemingly indeterminable miles to the large aid station, that 70s disco party 4.5 miles from the finish.
We both resolved to break 22 hours and did the math – it was fine with 13 – 15 minute miles (please note that brain function was not high at this time). We both just took in a little ginger ale at that last station (along with disco beats) and headed out for that last slog. The wind off the dam/river kicked up and it was cold.   The pleasant rollers from earlier on we’re not so pleasant now but we mixed power hiking with consistent running to keep well under target pace. We started seeing lights ahead and began picking off runners, even kicking it up a notch. However, the last pair was his good friend Ryan who was being paced by Cat Bradley, last year’s winner. We agreed to finish together, which we did in a little under 21:37. My target had been 22 but Bree had correctly called 21 and a bit. Well, she’s the pro…

Iain and his RDL finisher buckle

Oh that sweet relief in crossing the line and receiving the buckle and medal! I appreciated the personal handshake and congratulations but was soon doing my post race frozen body shaking. I dried off and changed in the car, returning for a dose (or two, to be fair) of the chunky soup at the finish line. However, my shaking became somewhat uncontrollable and we decided to leave without any real food – that would wait for Sunday. So, that was my second completed 100 miler and my ticket to the Western States lottery earned. Now, how do I beat the odds there?

Setting Fitness Goals is Vital for Your Health During COVID-19 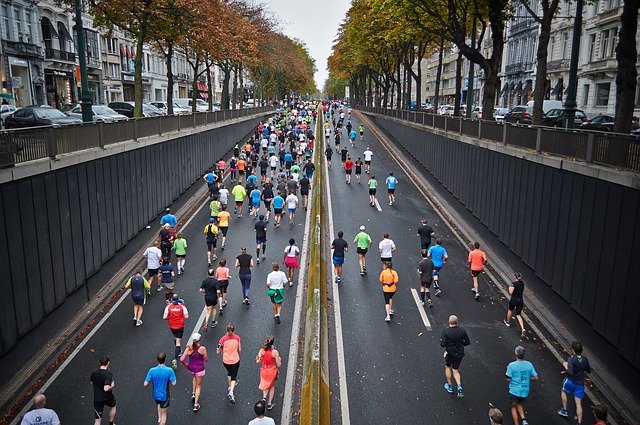 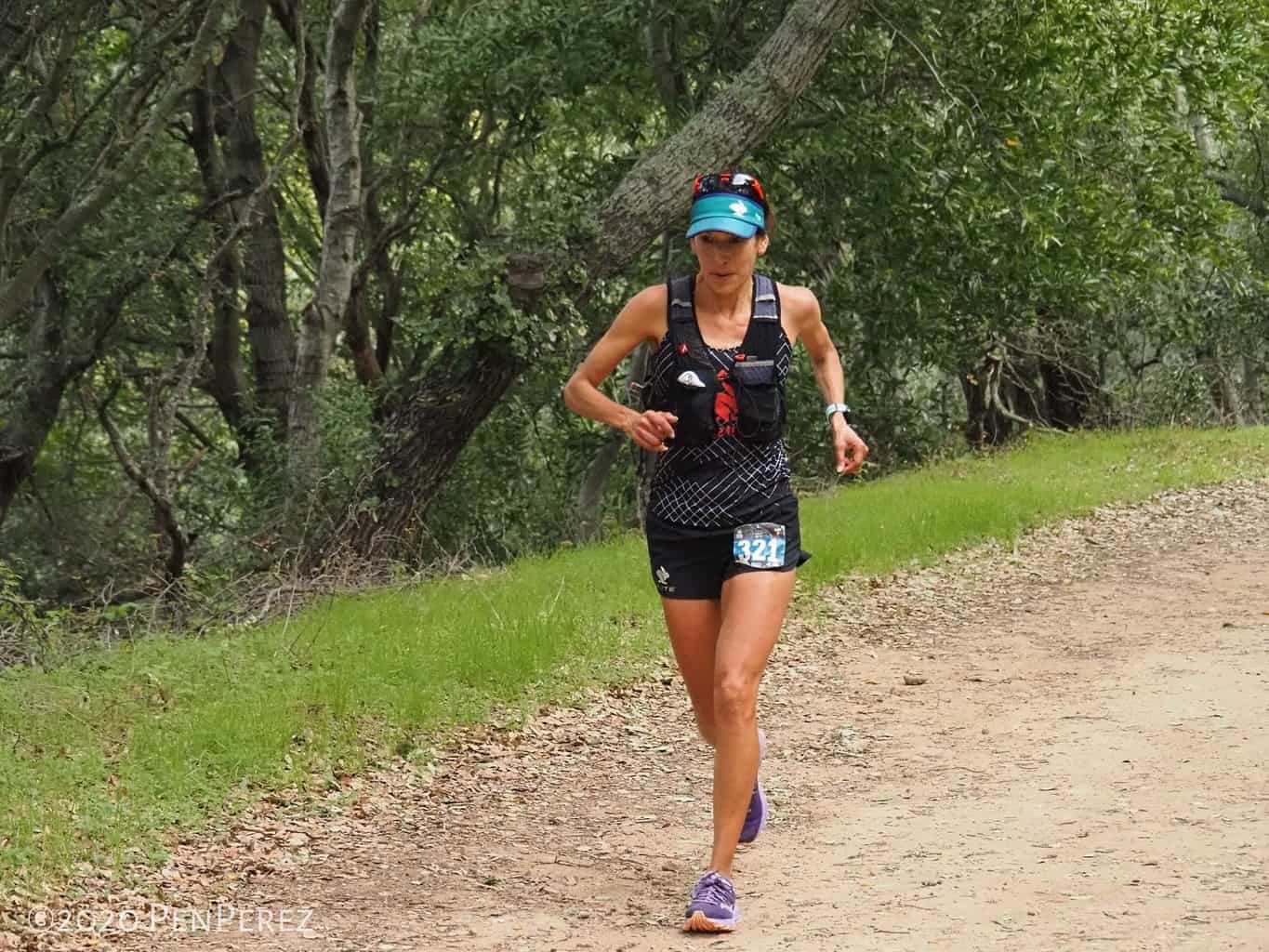 Why Endurance Athletes Need to Eat Good Carbs and Fat?